the galeria cadaqués has opened the first exhibition in a private gallery of the artist and director albert serra. roi soleil, is a video-installation on a single screen of a sixty-one minutes film.

the work, which is exhibited twice a day (at 7:30 p.m. and 8:30 p.m.), is based on the images the artist made in a performance commissioned by the graça brandao gallery in lisbon early this year. returning to the original idea of ​​the movie the death of louis xiv, which was to be performed at the pompidou museum in paris at an early stage, the artist asked his fetish actor lluís serrat to perform during seven days the slow agony of the french monarch until his final death, in front of the visitors to the aforementioned gallery, in a psychological and physical challenge of remarkable complexity. this performance was recorded in its entirety (about twenty-nine hours) and now albert serra has created a piece with this material.

the audiovisual piece, however, transcends this documentary origin and becomes a fascinating reflection on the instability of visual significance on the face of the actor, and the deep mystery that covers all genuine representation. the three essential dimensions of this dying body, the person, the actor – the vain person who is known to be filmed – and the character, are interpellated and confused with sensuality and innocence creating a difficult, narrative and conceptual work at the same time, a document of a real performance but recreated over time, the fantasy and the enthusiasm of a cinematographic work.

albert serra (banyoles, 1975) is the most original catalan filmmaker, controversial and recognized in the international cultural and artistic scene. he has participated in the venice biennale, kassel documenta and his films have been shown in the most relevant museums of the world: from moma, pompidou and tate to mncars or macba. 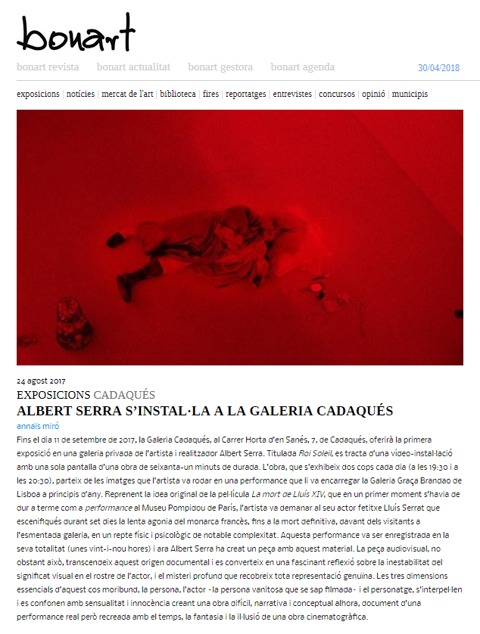 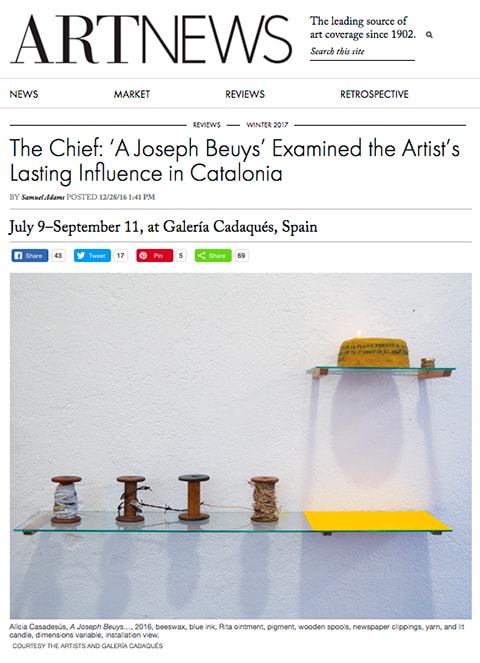